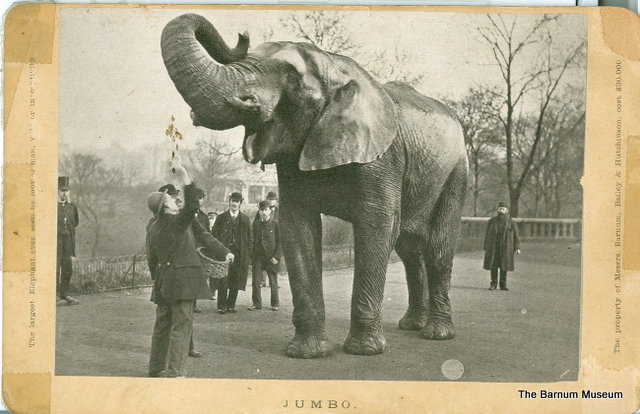 This week’s picture is of Jumbo the “Largest Elephant in the World” and his adoring keeper Matthew Scott.  As a baby Jumbo had been captured in Africa.  Captured as a baby in Africa, Jumbo became a prominent feature of the Zoo in London where he gave rides to children.  Barnum managed to acquire him for the impressive sum of $10,000.  Jumbo went onto become an American celebrity.  He was so famous that today, over a century after his death, his name is still synonymous with anything considered humongous.