"In the summer of 1878 my sister Minnie died at our home in Middleboro... It proved one of the greatest trials of my life to go again before the public without her, but it was the lifework marked out for me and I resumed it just as others resume their regular duties after an overwhelming grief.  Even now I do not find it easy to speak of it.  All my other sisters and brothers were normal size, and hence she and I were in a measure isolated from them and brought nearer each other." (The Autobiography of Mrs. Tom Thumb) 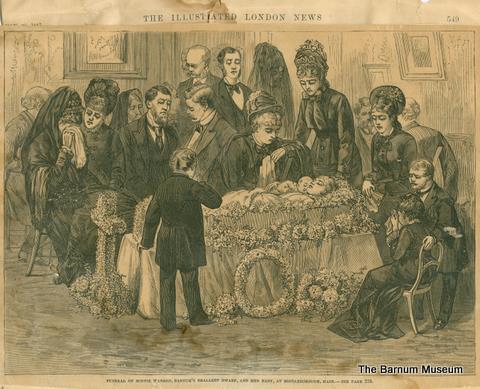 Three small infant gowns are in the Barnum Museum's collection and are attributed to the infant that died just hours after its mother, Minnie Warren, died in childbirth.  Minnie had married Edmund Newell, another performer of small stature known for rollerskating on stage.  Minnie became pregnant unlike her sister Lavinia who was married to the famous Tom Thumb.  Lavinia and Tom were known to pose with babies as a part of their publicity and advertising though they never had a child of their own.  These three little gowns are a somber reminder of the challenges life presented to women in the 19th century. 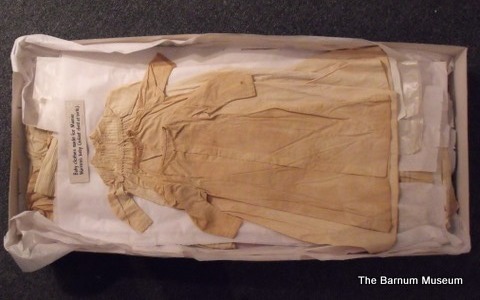 Curatorial Disclaimer: These items were found in a less than ideal state as seen in the photograph above.  Since this picture, they have been properly rehoused with new tissue and acid free boxes, as have the other textiles in this picture.